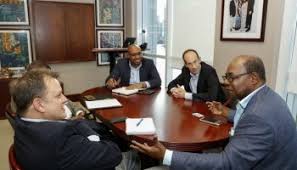 The Cuban Tourism Minister, Manuel Marrero Cruz, presented the new councilor for Cuban Tourism in Italy – Madelen Gonzalez-Pardo Sanchez, who is a senior professional. Sanchez has important international duties and a profound knowledge of the world of tourism in her portfolio.

From Rome, Ms. Gonzalez-Pardo Sanchez will carry out meetings and agreements with tour operators, airlines, and travel agencies, as well as planning co-marketing initiatives and advertising investments.

Italian tourists have had a historical presence in Cuba, and until 2017 it had 228,000 visitors, and is showing new interest in Cuba after a period of decline.

In the first 10 months of 2018, 147,900 Italians were present on the Isla Grande. “We are counting on this potential, whose flows are distributed during the various seasons of the year,” the minister said.

Some have been completed in Cayo Largo at Villa Coral-Soledad, in Isla del Sur, and at Villa Linda Mar. The 1st International of Varadero will be inaugurated shortly.

Investments are also planned to increase the quality of air transport and airports in Cuba.