Croatia all set to increase its tourism tax on 2019 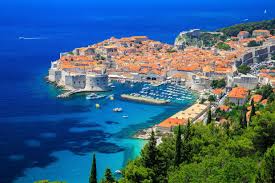 Croatia has rapidly turned out to be one of Europe’s most in-demand destinations, with tourists pouring from all over the world and rushing to the coastal country, which brags of its turquoise waters and plenty of islands to travel around.

However with that influx in popularity, the country is keen to help maximize the advantages it receives from all the enthusiastic travelers. In response, the Croatian government is determined to increase its tourist tax by 25% in the peak season from 2019.

The tourism tax is applied to each person in all accommodation types, exclusive of campsites, around the country. Nevertheless, the everyday increase will influence travelers in a smaller way, as it will rise from eight kuna (US$1.25 ) to 10 kuna ($1.57).

As the slight per person increase might not make much of a different to travellers’ pockets, it is expected that it will boost up revenue of the country. The funds increased will go to the tourism board to endorse Croatia as a top destination for travellers.

Of late, Croatia has been one of the fastest-growing holiday destinations in Europe as tourists rush to enjoy its dramatic coastline, temperate climate and amazing cuisine. Some of the interest – predominantly for travelers going to Dubrovnik has been its role as King’s Landing in Games of Thrones series, which has led to tours to the filming locations of the hit HBO series becoming a common offering in the city.

Tags: Croatia all set to increase its tourism