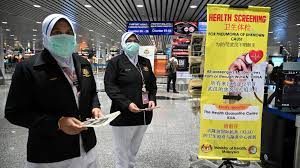 With stock markets around the world declining due to the uncertainty surrounding corona virus on the global economy, France is already witnessing drastic reductions in the number of tourists heading its way. France is the most visited country in the world.

According to France’s Ministry for Tourism and Foreign Affairs, more than 89.4 million tourists visited France in 2018, which is more than any other country. Hence, according to Forbes, a drop in global tourism due to fears and travel bans from the virus would have a huge impact on France.

“For now, airline forecasts suggest a 60 percent drop in Chinese visitors for February, March and April compared with the same period last year,” said Valerie Pecresse, the president of the Ile-de-France region that encompasses the French capital. Around 950,000 Chinese visited Paris last year, making them the fifth-largest source of tourists by nationality. They were also the second-biggest spenders overall, spending one billion Euros ($1.1 billion) on hotel rooms, restaurants, museum visits and shopping sprees.