Collapse of Thomas Cook to have negative impact on Spain 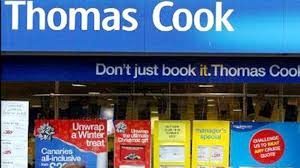 Maroto said that she has been in touch with hotel chains to execute strategies to deal with the fallout of the company’s liquidation.

According to Spanish airport management company Aena, the collapse of Thomas Cook led to 46 Thomas Cook flights being cancelled across Spain. Around 25,000 to 30,000 tourists in Spain are expected to be affected, mainly from Britain and also from Germany and other countries.