Britishers may have to pay tourism fee while visiting mainland Europe 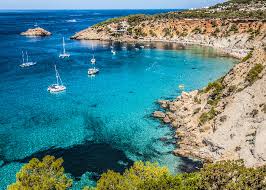 According to some reports, Britishers who want to visit Continental Europe following Brexit may have to pay a mandatory fee and online application process.

The claim comes after British Prime Minister Theresa May announced Monday at the Conservative Party Conference that Europeans seeking to visit the UK on holiday post-Brexit would “have to submit to security and criminal records checks before they arrive”.

An anonymous source in Brussels told the press that the British prime minister’s plan would “automatically result in British citizens having to participate in the European Union’s new travel authorisation system”, due to come into effect in 2021.

May’s proposal is widely viewed as an attempt to streamline access to the UK for citizens of so-called “low-risk countries”, media reports stated. “EU citizens currently get fast-tracked through e-gates while tourists or businessmen from countries like Japan and Australia have to queue for passport control,” the report explains.

Talking to the media this week, the PM said: “The question of business travel, of tourism, will be part of negotiations. We’ve put forward a proposal which is based on a reciprocal arrangement. We’re looking to negotiate movement of people for those purposes.”

But the EU source said that British citizens may have to apply online before being allowed to travel, along with paying a €7 (£6.20) fee for authorisation lasting up to three years.

The source said: “The new migration regime is for the UK to set. We have two principles in this: reciprocity and also non-discrimination between EU nationals.”

Guy Verhofstadt, the European Parliament’s Brexit coordinator, has criticised the UK government’s plans to end freedom of movement and adopt a skills-based migration system, under which low-skilled EU citizens would be excluded from coming to work in the UK.