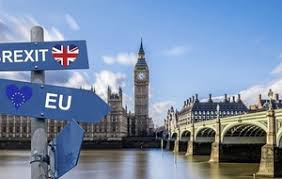 The Northern Ireland tourism is more susceptible to Brexit than any other region as it relies on the British market for the greater part of its income from the sector, it has been claimed.

Niall Gibbons, the Tourism Ireland chief executive stated that the removal of the UK from the EU was the single “biggest risk factor” for the tourism.

By the end of 2018, visitor number to Northern Ireland is anticipated to reach over 2.2 million. British visitors are hoped to account over 60% of that figure.

“Northern Ireland is more vulnerable than other areas because of its high dependency on the number of British tourists.”

“We know from our research that if more people in Britain decide to stay at home it’s more likely that Devon and Cornwall, the Lake District and Scotland would be the winners than Northern Ireland, the Isle of Man and Channel Islands because it involves getting a plane or a boat.”

Mr Gibbons added: “It is more vulnerable because it does rely on the GB market for about nearly 70% of all its business.”

He stated that a deal is required to be reached to make sure economic sureness and stability within the industry.

He added: “When people are feeling uncertain, and if their pocket is going to get hit, the first thing that gets hit is discretionary spending which often is tourism.

“It’s important that a deal gets done… because ultimately consumers require certainty in their lives, that’s what keeps them travelling.”