Britain considers tourism as an integral component of its economy 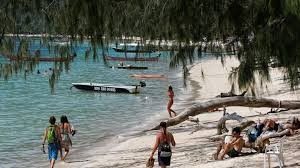 In Britain, tourism and tourists are very important for a thriving economy. Britain is in its busiest tourism week of the year, with more than a million overseas visitors holidaying across the country. As per latest figures published last week, Britain has just had its best year yet due to visitors from abroad.

As many as 40 million people came from all corners of the world to experience what is truly great about the UK — namely its people, culture and landscape.

In 2017, turnover of hospitality businesses went up significantly last year. The average turnover of small and medium sized businesses in the hospitality sector increased by 8.3% in the first half of 2017 compared to the same period the year before.