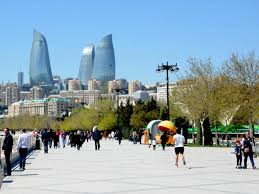 Tourist flow to Azerbaijan in summer of this year will increase compared to the same period last year, according to Chairman of the Azerbaijan Tourism Association Nahid Bagirov.

He said that the major tourist flow to the country is expected from the Arab countries.

Bagirov said, “Many hotel rooms have been booked in the country, mainly in the regions, and resort zones such as Gabala, Shaki and Guba are full. As in previous years, tourists come mainly from Arab countries this year.”

He added that Azerbaijan is becoming more attractive for tourists from Europe, Asia and Americas. The Association also expects a significant number of tourists from Saudi Arabia as several direct flights between the two countries have been launched.

Presently, Azerbaijan is working towards diversifying the non-oil economy, and tourism industry is one of the promising sectors to contribute to the achievement of this ambitious goal. Tourism in Azerbaijan is developing rapidly, since the government carries out comprehensive activities to support the flow of foreign visitors.

In 2017, about 2.69 million tourists visited Azerbaijan, which is 20 percent more than 2016. Majority of the tourists came from Russia, Georgia, Iran, Turkey, the UAE and other countries.