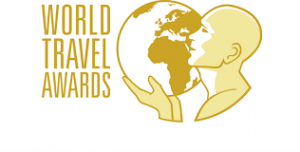 Athens walked away with three major distinctions from this year’s World Travel Awards, an annual international event, which is hailed as the “Oscars of tourism.”

The Acropolis was named Europe’s Leading Tourist Attraction, taking the gold from sites such as Buckingham Palace, the Eiffel Tower and the Colosseum.

Athens’ municipal tourism services center also bagged the award for Europe’s Best Tourism Board for its efforts to promote the Greek capital as a city break destination.

Athens Mayor Giorgos Kaminis spoke of an “explosion” in the city’s popularity and an increase in visitor numbers of 648 percent between 2013 and 2018, with a record 5 million visitors dropping in last year.

The mayor said that this visitor boom “breathed life into the city’s economy and helped attract major hotel groups and the creation of new hotel units, bringing multiple benefits to the capital’s economy and generating jobs.”

The World Travel Awards were founded in 1993 in the UK and are designed to recognize excellence in all sectors of tourism.