As coronavirus enters Europe, tourism Kenya in an uncertain state 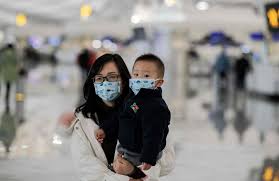 The tourism sector of Kenya is probably to get intense in terms of the coronavirus which has since extended to Europe, with Italy, being the main source of tourists to Malindi recording confirmed cases of the virus.

On Tuesday, the number of casualties in Northern Italy increased sharply to hit almost 229 from just three last Friday, with seven deaths cases.

In Asia and Europe, the huge spread of the deadly virus, the major tourism sources for Kenya has made the Central Bank Governor; Patrick Njoroge quite concerned about this, after France announced a probable 30-40 per cent decline in tourists arrival.

”This is a call to arms for the G20 and particularly the G7, to speak in one voice and act in concert,” Njoroge tweeted.

He further added that he expects for a communique which will give some hope that the world economy is not aimless from the G20 meeting over the weekend.

Even though in US, no coronavirus case has been reported so far, a leading tourists market for Kenya, the virus which has since been declared as ‘public health emergency of international concern’ by the World Health Organisation (WHO) is already causing a major havoc in China, France and Italy among top ten Kenya markets for the tourists.