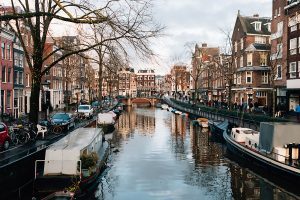 Tourists will have to pay more tax in Amsterdam from next year. The Dutch capital has decided to add a levy of €3 per person (about US$3) – per night for tourists staying overnight in hotels. This will be in addition to the 7 per cent of the room rate presently being charged. A night in a one-star hotel in Amsterdam will cost you more than the top five-star hotels in other major European capitals.

Children under 16 will be exempted from the new levy though. And if one stays in a rental property, the existing tax will be raised to 10 per cent of the rental.

According to Tim Fairhust, director of policy for the European Tourism Association (ETA), Amsterdam will be charging the highest overnight tax in Europe.

Authorities are planning to introduce a radical tax plan, confirmed city councillor responsible for finance, Udo Kock. He said that there were plans to squeeze out low-spending tourists and in favour of the heavier spenders. “We are trying to identify people who actually spend money in the city. We will prefer people who stay a couple of nights, visit museums, have lavish meals at restaurants over those who pop over for a weekend and have low spending habit,” he said.

The authorities say that the number of visitors is supposed to go up from 17 million to 23 million in the coming years. This means, more cleaning and a good presence of police onto the streets will be required. In recent years, residents have been complaining about being forced out by spiralling house prices and also due to an influx of tourists. Even some hotels don’t believe the tax revision would change the city for better.

“Tourists are already paying high taxes. People might stop coming due to rise in taxes, said an official of Hotel Aalders.