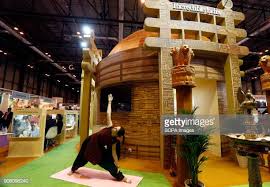 Yesterday, a high-powered team headed by the Permanent Secretary in the Ministry of Environment, Climate, Tourism and Hospitality Industry, Mr. Munesu Munodawafa had left the country to take part in the Spanish International Tourism Trade Fair (FITUR) in Madrid.

The fair would start from tomorrow and will end on Monday next week with the Zimbabwe team expecting to tap into the global travel ideas that will affect the growth and expansion of the local tourism industry.

The Zimbabwe Tourism Authority (ZTA) explained that the team which comprises officials from the authority, Zimbabwe Parks and Wildlife Management Authority and tourism players in the private sector, among others will be among the 10 487 exhibitors from as many as 165 countries at the show.

“As the world converges at the Spanish International Tourism Trade Fair, FITUR in Madrid, Spain from 22-26 January 2020, Zimbabwe will be among the 10 487 exhibitors from 165 countries.”

“Zimbabwe’s exhibition comes at an opportune time when the world is becoming more conscious about travel and discovery of new destinations,” said ZTA in a statement. It is one of the most popular trade fairs for inbound and outbound markets in Europe.

Also, the showcase helps in attracting 142 642 trade visitors and in 2019 it drew over 110 848 entries, recorded as interest grew from the general populace.

ZTA acting Chief Executive Officer, Mr. Givemore Chidzidzi explained that the fair presented the best chance for increasing the visibility of the destination.

“With this networking and intense exposure, Zimbabwe will leverage on this platform to reassure the market and further position Zimbabwe as a destination of choice.”

“Furthermore, with the strategic position of the United Nations World Tourism Organisation (UNWTO) in Madrid, policy-makers within this body will meet to deliberate on global tourism issues under the auspices of FITUR,” he said.