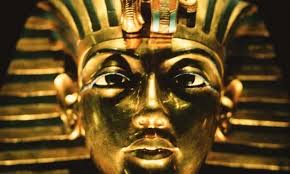 The Ministry of Antiquities permitted to organize the exhibition of Tutankhamun in 10 cities of seven European countries.

The Ministry of Antiquities declared that the revenues of the temporary exhibition “King Tut: Treasures of the Golden Pharaoh” which was introduced in California Science Center on March 24, 2018 amounted to $5 million. Around 700,000 visitors attended the exhibition and the ministry takes $4 for each ticket.

The temporary exhibition “King Tut: Treasures of the Golden Pharaoh” will be transferred from the California Science Center to grand Lafayette Hall in Paris, France, from March 18, 2019, to Sept. 30, 2019.

This move focuses on promoting the cultural relation between Egypt and the world, at the same timea boosting international tourism in Egypt.

The famous tomb of the ancient Egyptian king was discovered in 1922; more than 3,000 years after his death.

The 150-artifact collection showcased at the California Science Center is the largest collection of artifacts from King Tutankhamun’s tomb to be shown outside of Egypt.

For 10 months, the artifacts were displayed before being transferred to Europe to be shown there in January 2019.

The Golden King exhibition is proposed to be organized in France, Japan, US, Canada, Australia, and South Korea, where foreign exhibitions help to boost the resources of the ministry in particular and the government in general.

In the 18th Dynasty around 1341 B.C. Tutankhamun was born and was the 12th pharaoh of that period. Tutankhamun wasn’t a great achiever; he was placed on the throne when he was a child, and Egypt’s affluent era was beginning to go downwards with the rise of Pharaoh Akhenaten and his new cult.